The 2016 CEMT Award was presented by Trevor Blakeley, Chief Executive of the Royal Institution of Naval Architects and Chairman of the Confederation of European Maritime Technology Societies to René Berkvens, Chief Executive of Damen Shipyards Group on 24 Aug 2017 at Damen Group Headquarters.

Over the past 30 plus years, René Berkvens has held many different appointments in the Damen Shipyards Group. These started with sales which took him to Africa. Subsequently, he became Director for the Americas, developing long term relations, particularly with Brazil.

Later he managed the largest subsidiary of the Damen Shipyards Group, designing and constructing dedicated to the design and construction of workboats and security craft. From there he was appointed Vice President of the Damen Group, responsible for the naval division and mega yacht building activity.

Since 2006, René Berkvens has been the Chief Executive Officer of the Damen Shipyards Group with overall responsibility for its operation. During this time the Group has doubled its turnover and acquired 15 companies in shiprepair, newbuilding and engineering.

However, whilst Damen Shipyards Group’s commercial success is a measure of his achievement, equally so is the research and development which has become a key part of the Group’s success, enabling the innovation which is that key to success in the maritime industry. Damen Shipyards Group’s willingness under his leadership to explore and adopt new technologies has been notable.

But the Award is not just a recognition of René Berkvens’s contribution to Damen Shipyards Group’s success. The Group’s readiness to disseminate the results of its research among European maritime sectors and its willingness to give professional experience to students and young engineers from different countries has contributed to the success of the European maritime industry.

No doubt that René Berkvens would say that the success of Damen Shipyards Group and his contribution to the European maritime industry is due to the efforts of many people in the Group. But those people have been encouraged and motivated by his leadership. In the unanimous opinion of the Council of the Confederation of European Maritime Technology Societies, René Berkvens has made a significant contribution to not only the success of the Damen Shipyards Group, but also the European maritime industry, and is indeed is a worthy recipient of the CEMT Award.

About the Confederation of European maritime Technology Societies (CEMT)

Through its member Societies which come from France, Germany, Greece, Italy, Poland, Portugal, Spain, Serbia, Turkey the UK and, of course, the Netherlands, CEMT is able to call upon the knowledge, skills and experience of over 40,000 professional naval architects, marine engineers and others in the field of maritime technology, all involved in all aspects of the European maritime industry.

About the CEMT Award

Each year, CEMT presents an award to an individual or an organisation which it considers has made a significant contribution to the success of the European maritime industry. The purpose of the Award to both recognise and to encourage such achievement by others.

Such a contribution to the success of the maritime industry may come in many forms, as past Awards have demonstrated. It may come from the research and development which will lead to the innovation that is the key to the future success of the industry, or it may come teaching the engineers of the future who are the key to such innovation. It may also come from the leadership and inspiration shown by an individual.

Details of previous recipients of the CEMT Award are at www.cemt.eu/Award 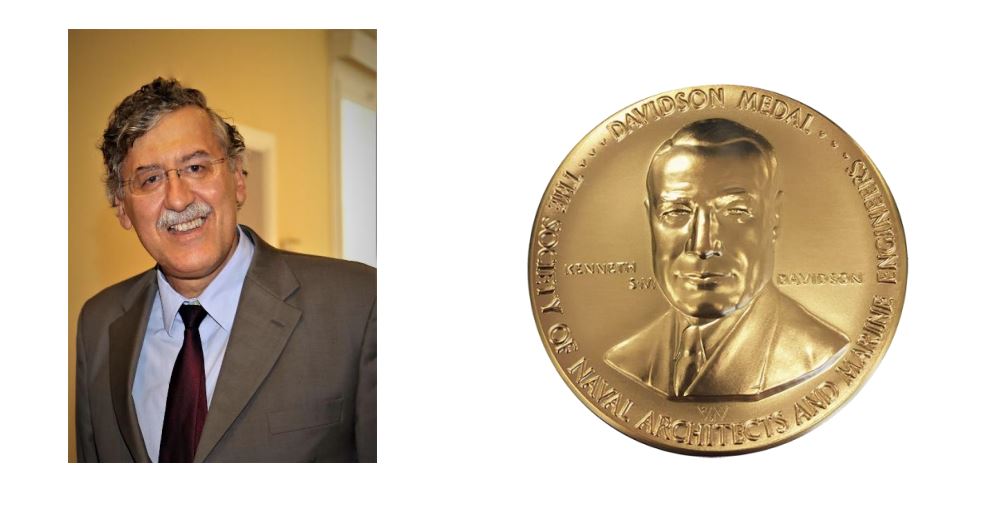